Kromberk Castle, only a few kilometres away from Nova Gorica, is the central exhibition space of the Regional Museum Goriški muzej and is also a place for gathering, socializing and learning new things. The ground floor and first floor contain the permanent exhibitions on art history and cultural history. The second floor is used for periodic exhibitions, lectures, symposia and other activities. The castle is surrounded by a beautiful park with an amphitheatre and an outdoor lapidarium. 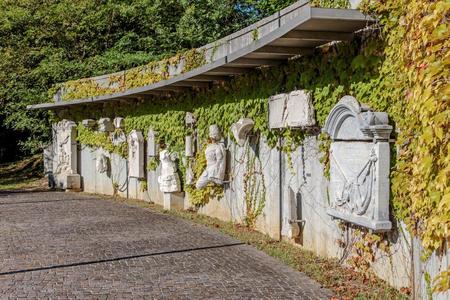 In the area mentioned as Stran in the beginning of the 13th century, Count Henrik of Dornberk built the original castle in the first half of the 13th century. It was the fief of the Counts of Gorizia until their line died out in 1500; afterwards, the entire area came under Habsburg rule. As the 16th century was drawing to a close, Ciprijan I Coronini obtained a large estate within the village. His family had come to Gorizia at the end of the 16th century from Berbenno near Bergamo. In 1609, Gašper Vid of Dornberk sold the other part of the estate to Ciprijan's grandson, Ivan Filip Coronini. On 4 December 1615, Emperor Ferdinand II bestowed the noble title of von Cronberg on him and his cousin Janez Andrej Coronini, along with judicial power over the village of Stran and the permission to rename the village Crannperg. Ivan Marija Coronini then began building a new castle, named Neu Cronberg. Construction was most likely finished by his son Ludvik Pompej. In 1634, the Coronini family became barons of the state and in 1681 dukes of the state. For some time, Kromberk Castle was the central residence of the Gorizia branch of the Coronini family. In 1820, the Coronini family bought the Zingraf Palace from the Strassoldo family (the present-day Coronini Palace in Gorizia) and began using the castle in Kromberk as a summer residence. 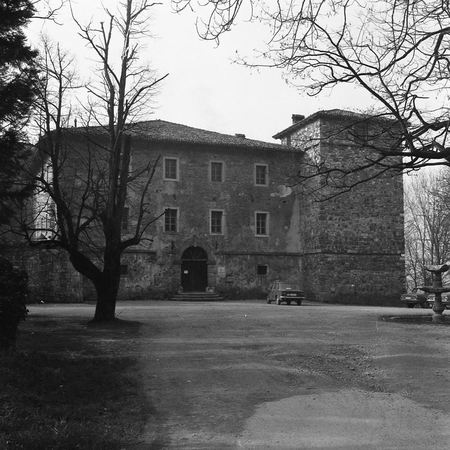 During World War I (in 1916), the castle burnt down and both north towers were demolished. The library and archives of the Coronini, Rabatta and Cobenzl families were salvaged and moved to Gorizia. In 1936, Viljem Coronini, the last count of the Gorizia branch of the Coronini family, began reconstructing the castle. He brought missing equipment from his other estates and also added a half-storey to the building. During World War II, after Italy had capitulated in 1943 and the partisans unsuccessfully attempted to conquer the town of Gorizia before the Germans could, the castle was burnt down again. The count managed to save only 5 pieces of furniture and a few pictures and books from the castle. After the war, Vilijem Coronini began renovating, this time with the help of the Allied Military Government Office and the Italian Commission for Cultural Heritage in Trieste. After the Paris Peace Conference, the entire area was given to Yugoslavia. Since 1954, the castle has been housing the Regional Museum Goriški muzej. The museum began numerous stages of extensive renovation works that returned the castle to its original splendour. The northwest and northeast towers were built in 1963 and 1978, respectively. As the Seventies came to an end, earthquake damage restoration was begun and the interior was renovated according to the ideas of architect Janez Suhadolc.

The building with its corner towers gives the impression of a castle, while in truth the entire complex was designed to be a mansion or villa. The ground plan of the building was partially designed in the Venetian style. The inner staircase, situated in the south part of the castle, led to the piano nobile which contained a large saloon. This central part of the castle was changed after the inter-war restoration had been completed and the castle had been added a half-storey. Located in the southeast part of the ground floor was the castle chapel for counts and villagers, which was consecrated for the second time in the beginning of the 19th century during the placement of a large altar painting by Franc Kavčič, depicting the assumption of the Virgin. It was larger than the altar space and had to be suspended as a ceiling panel painting. It was greatly damaged during World War I; today, only two fragments of the painting are preserved. One hangs in the wedding chamber of Kromberk Castle while the other, slightly larger, is in the Coronini Palace in Gorizia.

In addition to the residential building, there was an outbuilding, stables and a park. The outer walls were most likely never used for defence but rather merely enveloped the estate, thus protecting the owner's privacy. The main entrance was most likely located on the north side. The path that led to the entrance passed through the walls and a smaller park.

Monday:closed
Open on Easter Monday according to holiday schedule.