Castle Collection – An Attempt at Reconstruction

Ad sanctos. Archaeological research at the Church of St Leonard in Dolnje Cerovo

The Castle Collection – An Attempt at Reconstruction exhibits objects and documents belonging to the family of Count Silverij de Baguer (1838–1927), owner of Dobrovo Castle at the end of the 19th and the beginning of the 20th century. They were reacquired and collected after 1991. In 1943, most of the interior furnishings, furniture, paintings, archives and books were scattered or destroyed. The first room on the left presents this important Spanish diplomat at various political conferences and as a representative of the Kingdom of Spain before the Holy See. The next room is an attempt at reconstructing the museum which occupied these two rooms in the 19th century and which even printed a catalogue in 1885. It was a typical 19th century museum collection full of diverse objects. This variety has been captured today in every display case. The count collected coins dating as far back as Antiquity, fossils and minerals, archaeological artefacts, and various diplomatic gifts. 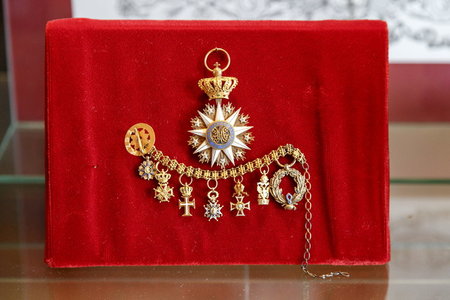 We are still supplementing the Baguer Collection at Dobrovo Castle and we kindly ask those in possession of the items that were taken in 1943 to return them and thus help to reconstruct the Castle Collection. 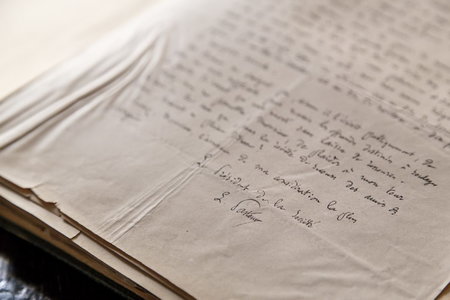